I don't think you can work for long with interesting companies before you become a bit traumatized. One company used to serve pizza before telling you something bad had happened and they wouldn't be able to pay you on time. Seriously. Ever since then, I get nervous whenever a company buys pizza for everyone. At another, there would be a regular all company meeting in the afternoon, and if it got rescheduled for the morning, you'd know that something bad had happened and whoever didn't show up for the meeting had just gotten let go. I made the mistake of mentioning this observation and the modus operandi was changed, but there was still a huge sense of unease a few days before every strike of the doom hammer (though I kept this knowledge to myself). So, I've been slowly trained to look for these little quirks as signs of impending doom. I also have a pretty decent imagination. Not an optimal combination for telecommuting!

The day started out normal enough. I wanted to get an early start on getting all of M7's rspec tests running. I was told there were some broken ones due to a ruby upgrade, but I'm pretty sure there aren't as many as I was seeing. There's a very strong "test first" methodology at this company and I want to do my best to continue the legacy. All it takes is one or two people to find a reason not to do tests for a few months and the whole thing can go out the window. I've seen it happen at many a well meaning company. But the first step to me really getting into this frame of mind (and being able to fix some of the broken tests) is making sure that I'm looking at the same broken ones as everyone else.

Then my new colleague in operations said hello and informed me that the sky was falling. Well, he didn't quite put it that way, but the site was suddenly throwing a few errors and being very sluggish, and in the back of my mind was the creeping horror that I had checked in some code... some very, very simple code that shouldn't have done anything and shouldn't have gone live anyway, but... oh God... was this going to be how I made my first impression? It got completely resolved in less than twenty minutes, but it really sucked to not be able to do anything because I hadn't yet seen how everything was setup. Thankfully, the fears of my first code contribution run amok were unfounded, but let's just say the morning left me a bit rattled.

After catching CFL with some friends (there's this place in Edmonton called "Chicken For Lunch" that is a ritual weekly occurrence – we think it has something to do with the owner putting an unknown, yet highly addictive substance, in the chicken), I tried to get back to figuring out why so many of my tests were failing. I fired off a few questions as I went along, kept watching the chat, hoping to catch someone, waiting, wondering if I should go onto that one other thing that I wasn't sure about, waiting, and... what happened?! Where is everyone!? OH NO, BAD THINGS MUST BE HAPPENING! THIS IS M7's VERSION OF PIZZA (see above). Okay, I wasn't actually freaking out that bad. It was more like the subtle psychological tension of the three day rule. Don't act like you don't know what I'm talking about. Who of us has not gone through the, "How long should I wait before I call so as not to seem weird and desperate?" or "How long should I wait for them to call before I rebuild my shattered ego?" routine at least once?

Now, to start out with, I had forgotten what it's like to be the people who've been at a place for years, have tons of stuff to do, and, oh yeah, try and fit bringing the new guy up to speed into your already full schedule! In fact, I'm so used to being in the other position, where I was the person trying to find time to bring the new person up to speed, that I forgot to even try to prepare myself mentally for the role reversal (where sometimes you just have to wait). Add in a complication that is unique to my situation: if I was physically in the office, I could have just waited until someone was walking by and called them over to my desk. Doing things remotely, though, I had only email, instant messaging, and the last ditch of the more intrusive telephone call (and I only had Seth's number for that - note to self: it might be good to get some other numbers).

After Seth talked me down off of the rooftop, he told me more about some of the plans he had going ahead for development and at one point had to stop and bring up the fact that he couldn't really tell whether I was cool or not cool with these ideas because he couldn't picture the facial expressions behind the conversational murmurs (though that wouldn't have helped anyway because I'm told I have this tendency to frown when I'm thinking about something, regardless of whether I like it or not). And that basically hits at the centre of the whole problem of doing a telecommute job. It's those bits and pieces of body language that you pick up on. It's getting used to someone's personality. That's what helps you to put everything else in context and make sense of what the person is saying. I've always thought that the creepiest part of Alice in Wonderland is the one where Alice meets the Cheshire Cat. And it's kind of for the same reason. How can this pair of eyes and a voice actually exist without a body? It's a challenge. And it's one of the reasons I figured it might be a good idea to blog regularly about it.

Which brings me to the blog itself. I haven't really explained to everyone why I decided to start writing about this particular adventure. Let's do that:

Alright. This was a long one. I wanted to somehow tie it into similar problems that a video production team might run into if they were working over a distance (this was one of my selling points when I was initially pitching the idea of working for M7 from Edmonton), but I think I'll save that for another post. Instead, I'll simply close with a glimpse of what the northern end of the "San Francisco – Edmonton power corridor of software development" looks like in May (you didn't believe me, did you?): 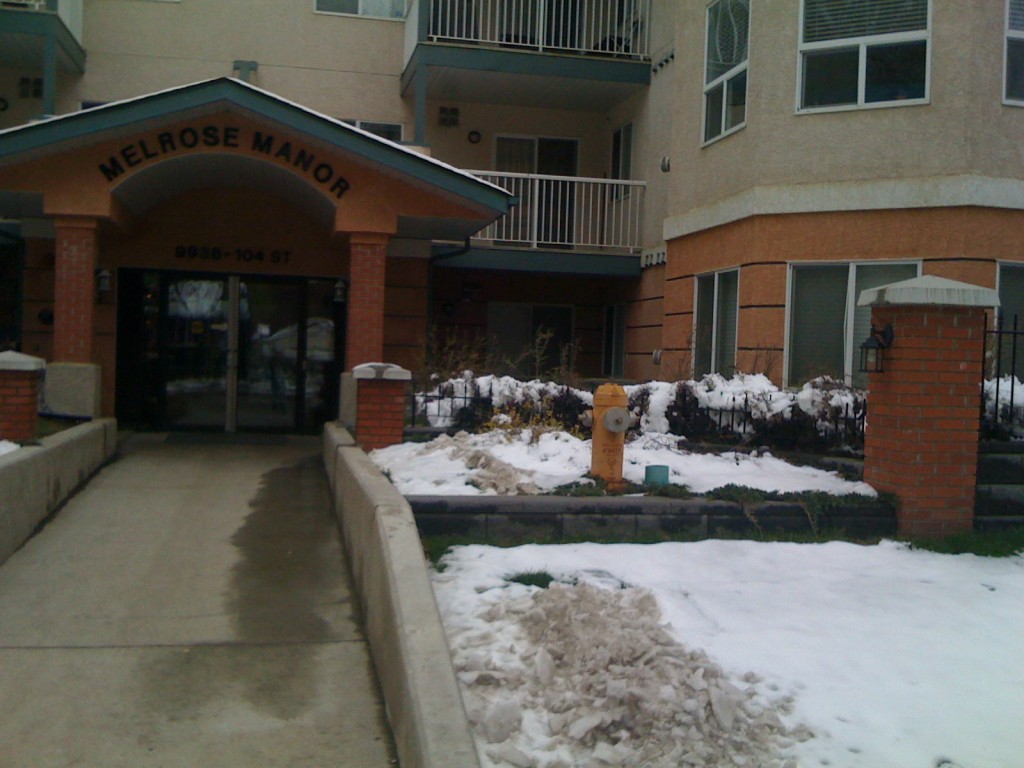